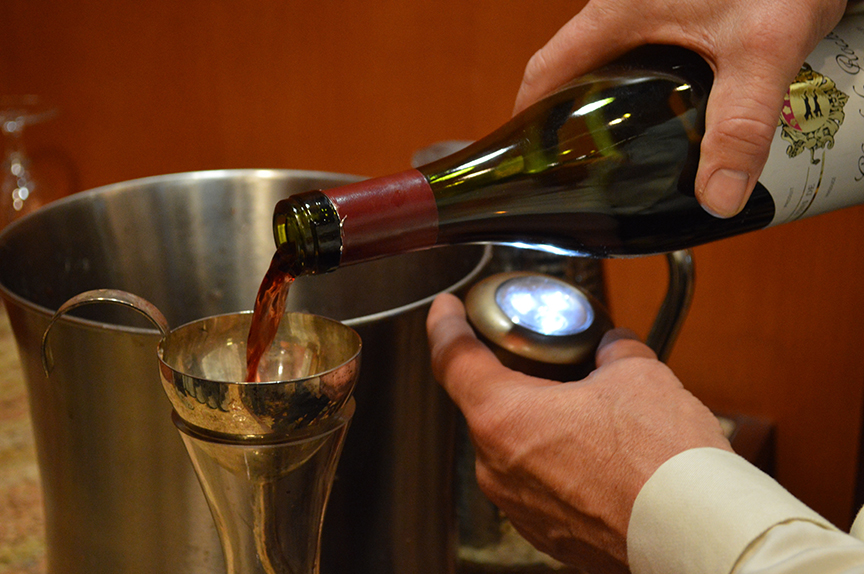 As every year, the festival gets its official start with the “Old and Rare” tasting and auction. Master Sommelier Jay Fletcher bases his selections on what he feels is drinking well and what will appeal to top collectors. The monies raised from the auction and ticket sales go to Boulder Burgundy Festival causes.

The tasting will include a selection of extremely rare and old wines from the Somm Foundation cellar. We will enjoy passed appetizers from PMG and taste some of the great wines of Burgundy while bidding on rare wines from the Somm Foundation cellar. Jay Fletcher is the cellar master for this amazing cellar and will be personally selecting these special wines for the tasting and auction.

This is a special opportunity to taste old and rare Burgundy wine while supporting two outstanding charitable foundations. 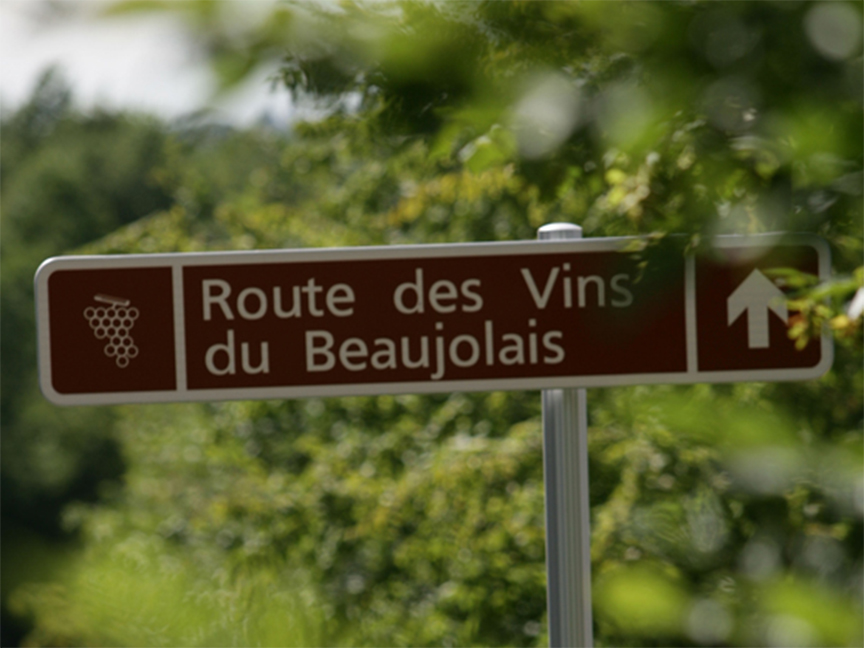 The Boulder Burgundy Festival will be featuring Beaujolais for the first time this year. And sweetening the deal, the seminar and tasting of Beaujolais single-vineyard wines will be presented by three — yes, count ’em — three Masters of Wine!

The panel will be discussing the region and its terroir. Topics will include geography, climate, soil types, wine making techniques and philosophy used in Beaujolais. We will taste 10 top quality examples from each of the cru vineyards. This will be an amazing opportunity to learn about this exciting Burgundy region. Beaujolais is currently experiencing an amazing renaissance and this seminar will offer a comprehensive dive into this fast moving region. Registration for the Boulder Burgundy Festival 2018 is now OFFICIALLY OPEN!

This year’s gathering includes our best line-up to date, including a spectacular selection of library wines from North Berkeley Imports.

Here’s the flight of wines planned for the Saturday night marquee dinner at Frasca with Burgundy expert and wine writer Pierre Rovani:

Click here to register for the event (which sells out quickly each year).

We regret that wine writer and novelist Jay McInerney is not going to be able to join us this year. He just informed us that an unforeseen family conflict makes it impossible for him to be with us at the 2018 festival.

But we are currently working to invite another Burgundy expert to join Pierre for the Sunday morning seminar. And we should be announcing the guest shortly. Stay tuned!

We look forward to seeing you at this year’s festival: Please register at your earliest convenience to ensure availability. One of the most exciting gathering at this year’s festival was the Chambolle-Musigny tasting and seminar with New York Times wine critic Eric Asimov (above, right) and leading sommelier and author Raj Parr (left) — two of the leading Burgundy experts in the U.S. today.

Brett Zimmerman MS, founder of the Boulder Burgundy Festival (center), presented them at this year’s marquee event, which was held in the ballroom of the St. Julien Hotel.

As we’ve seen in years past, it’s always exciting to have such brilliant presenters for the seminar (last year, we were joined by Master of Wine Jancis Robinson and legacy Volnay producer Étienne de Montille).

But this year, the standing-room crowd of 150 + persons (including another leading wine writer, Jeb Dunnuck, and Master of Wine Ashley Hausman Vaughters) just seemed rapt by both the speakers and the wines themselves — an extraordinary flight of wines and styles from Chambolle-Musigny.

Where Raj delivered a superb talk on the appellation itself, including a virtual climb up the côte and his description of how the soils change from the bottom to the top of the hill, Eric offered invaluable insights into how perceptions of these wines has changed over a generation of Burgundy lovers. There couldn’t have been a more perfect balance between the technical and geeky, the sensorial and the intellectual.

What a great seminar! “It’s my first time to Boulder and my first time dining at Frasca,” they all have said, “and I’ve come on the one night of the year that Frasca is a French restaurant.”

They are referring to the fact that Frasca, one of the most acclaimed fine dining destinations in the U.S., is actually an Italian restaurant with a focus on the foods and wines of Friuli.

Of course, it’s no secret that chef and co-owner of the restaurant Lachlan Mackinnon-Patterson studied and cooked in France before his interest shifted to Italy and Friuli more specifically. He also cooked at Thomas Keller’s French Laundry in California where he met Master Sommelier Bobby Stuckey (above, right) who would become his business partner when they opened Frasca together in 2004.

So it’s safe to say that guests at the festival’s Saturday night dinner were in good hands!

It was quite an evening: Between an unbelievable selection of old and rare Burgundy selected by legendary importer Danny Haas (Vineyard Brands), keynote speaker Eric Asimov, and too many Master Sommeliers to count, the event was one of the festival’s best ever. And the weather couldn’t have been more perfect or more picturesque for yesterday’s event at the Flagstaff House with its sweeping views. Here are a few glimpses from yesterday’s Paulée-inspired lunch. What a thrill for the festival organizers to welcome wine writer Eric Asimov last night at the Exceptional Burgundy Dinner last night at PMG restaurant, where owner Emily Gold and her team served a truly superb French country-style meal.

There are just a few spots left for Eric’s Sunday seminar on the wines of Chambolle-Musigny. He will be joined by sommelier Raj Parr for the discussion and tasting. What an extraordinary flight of wines to kick off the festival! It was also great to have acclaimed wine writer Jeb Dunnuck (below) with us for the tasting.

Most agreed, as Brett put it, that the 1988 Clos de Tart was a “lights out” wine. An unforgettable flight and tasting. Each year our guests tell us that one of the most memorable events at the festival is the Grand Tasting, where more than 200 wines are poured by the distributors who represent these elite properties in the U.S.

Not only do you get to taste the 200+ labels at the same event (which, in itself, makes the ticket cost an excellent value) but you get to experience these wines with some of the most knowledgable wine professionals working in the U.S. today.

Like all of the festival volunteers, these women and men are among the top wine pros in the country and they literally live and breathe Burgundy. Most of them have traveled to the properties they represent and most are veterans of the Burgundy wine trade. And because they work so closely with the producers, they are intimately familiar with the wineries, the winemakers, and the vineyards where the wines are grown and raised.

There’s nowhere else in the world that such a simpatico group of Burgundy lovers convenes and there couldn’t be a better way to “wrap your mind” around Burgundy and its wines than the Boulder Burgundy Festival Grand Tasting. From the first year Master Sommelier Brett Zimmerman organized the gathering, the mission of the Boulder Burgundy Festival has been to offer its guests a value-driven Burgundian experience. And there is perhaps no event that better achieves that goal than the Sunday Chablis Brunch, to be held this year at one of Boulder’s favorite food-and-wine destinations, Arcana.

The caliber and breadth of the wines alone is worth the price of admission. And the homey touches that Arcana adds to its world-class food only sweeten the deal.

It’s also the last meal that guests share together before they head to the Sunday Burgundy Seminar (which features New York Times wine critic Eric Asimov and celebrity sommelier Raj Parr this year) and the Grand Tasting.

There couldn’t be a better way to catch up with fellow guests and trade tasting notes: A meal of Sunday-morning comfort food paired with a brilliant selection of mineral-driven, mouth-watering Chardonnay from Chablis.

Click here for registration details for this year’s Chablis Brunch at Arcana.